still doing last year’s late posts, this here was my next sewing project. 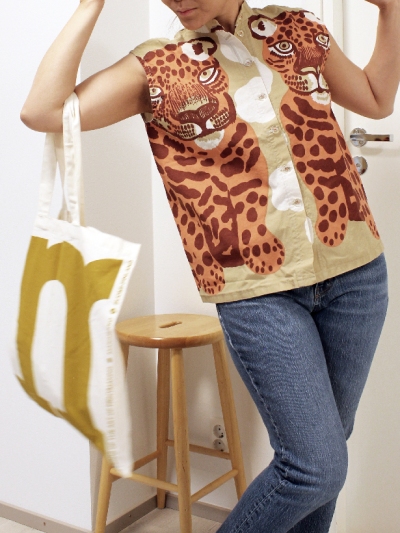 everything in the previous post was done in January 2021, and the next time i picked up my sewing machine again wasn’t until… July 2021. 😛 many things happened in between, including that mental health problem i mentioned here.

seeing this fabric was the first time–after a long while–i actually smiled and could picture myself wearing it again. (even though the base colour is beige. again. albeit a bit greenish this time. i guess i’m starting to like beige!!)

the fabric is from Marimekko, and the print name is Kaksoset (which means ‘twins’ in Finnish, designed by Maija Isola. to see the full print, please search in Google or go to Marimekko website. it’s so cute, i promise you won’t regret it! 😻

as soon as i saw the fabric and did a calculation in my head of how much fabric i’d need, i immediately knew that instead of breaking up the leopards, i wanted both leopards to be on the front piece part… which also means i’d rather not have any seams on the sides of the garment. 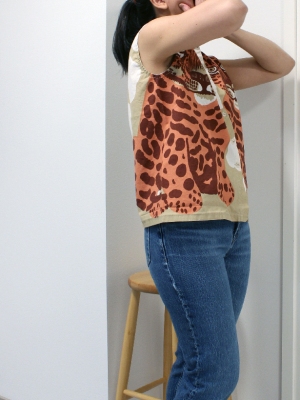 well, i managed to do just that, mwahahaha!

but before i go there, let’s rewind a bit to the beginning. because the print is so big, and it depends on where it was previously cut (the fabric’s not sold per print repeat, so you may get the beginning of the fabric at the middle part of the print), i counted that 80 cm of the fabric (around 147 cm wide) should be enough for a boxy shirt.

boxy shirt means exactly that: i didn’t use any pattern, just made 2 rectangles (because i didn’t want the sides to have seams, remember?) and joined them at the back. then i cut the arm holes by copying one of my t-shirts. for the collar, as usual, i used Burda pattern 7936–only the collar stand this time instead of the whole collar, and added about 2-3 cm of the height to make it look more ‘oriental’. i had wanted to do sleeves in the beginning, using different fabric, but in the end i figured this model is much better.

i also imagined that i might want to use it as a vest sometimes with the buttons unbuttoned, so i made sure the inside looks neat too. i added polka dot bias tape to the inner side of the button list, also because i wanted to keep the leopards’ faces & bodies intact and not fold too much to the inner side. for the arm holes, i used off-white bias tape.

and the buttons? they were from Marimekko Outlet, so i imagined it’s like a small reunion between them and the fabric! 😁 i still love the idea of using different coloured thread to sew buttons in place, but since i didn’t have orange/brown thread, i used red instead. it seems to be working just fine.

so this is the ‘new format’ of pics i was talking about. these pics were at least much easier to take (and edit) and a lot more fun too! from now on (until who knows when) i’m gonna stick to this format.

how’s everyone’s 2022 been going so far? better than the previous year, hopefully!

i never cared much about animal prints. ESPECIALLY leopards. when i got chickenpox only a few years ago, it was so bad and i was left with scars all over my body that made me look like a leopard. haha. ever since then, my husband & i started making jokes about buying pink leopard print cushion covers or blankets, just to cheer me up. but mind you, we never actually did.

the scars eventually started to fade away. some are still quite visible here and there, but anyway, the leopard joke continued on.

and then i saw Kenzo SS13 collection. i could’ve dissed it like any other animal print trends over the years, but the way they made it look fun and cartoony (meaning: not trying to actually look like real animal skin) made me feel like they are joining in in my husband’s & my jokes.

so when i saw the perfect fabric, i decided to give it a try. after all, i know leopard print would look good on me, since i already saw myself with my chickenpox scars. 😀

a few days after i finished sewing this, & Other Stories posted their leopard/zebra sweater on their website. this time, i swear i didn’t copy them! 😉

anyway, that fabric was just a great find! at first, when i was thinking of making some Kenzo-inspired sweater, i thought if i was lucky enough i’d probably land myself a crazy-coloured leopard print knit fabric… like in pink or purple. didn’t think i would get THIS lucky to find a leopard print AND peacock print in one knit fabric! 😀 so i call this sweater “Peapard”, from peacock and leopard. ha!

since the print itself is already crazy enough, i decided to just make a simple sweater out of it. i used a combination of pattern no. 123 and 124 of the April 2013 issue of Burda Style magazine.

since i don’t have serger/overlocker, i tend to avoid sewing stretchy fabrics like jersey and knits. but the coolest prints usually come in those fabrics, so i sometimes gave in and tried sewing them anyway. this was the first time i sew this kind of acrylic/polyamide knit fabric, and i must say, the sleeve cuffs and hem were tricky to do. but nevertheless i succeeded, and am so proud of the result!

oh, and of course i had to add metal studs to the collar. you can barely see them, but they give just the perfect amount of bling to the sweater. 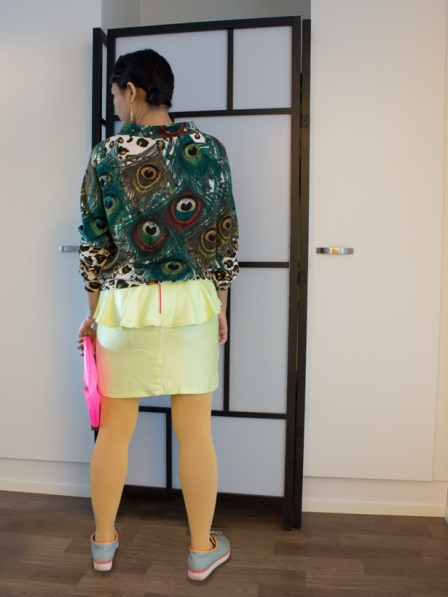 but that’s not all with the animals. there are also some chickens. okay, they’re not wild, but can’t you imagine chickens running around freely in villages, or, well, small towns?

no? maybe i’m just too full of imaginations. because that’s what came to my mind when i saw 2 of my old fabrics in my closet. i bought the other one so many years ago, and the other one around last year, and seeing them together now just created another crazy idea in my head.

yep. a boxy (and oversized) blouse with small town/village and chicken prints, combined. seriously, would anyone even wear this, NOT to a kindergarten? *raises hand* i know, i think i’ve lost my mind as well.

it’s just that i had wanted to make simple blouses/shirts from these two fabrics, and then i figured… why not just make one with long sleeves? since neither of the fabrics were long enough for long-sleeved blouse, i had to combine them. the pattern that made me even consider about making such a blouse was this, number 127 B from the May 2012 issue of Burda Style magazine.

it didn’t seem that bad when i was making it. only after it was done and i tried it on did i see the problem: it was way too big. and i actually used the smallest size. the picture of the pattern made me believe that it wasn’t as big as it actually is. but oh well, it was done and i really didn’t want to start making it smaller on the sides and the sleeves… so i just cut the shoulder parts a bit to make some peep holes.

it seemed like a good idea at the time, but as i tried it on again, it made me feel like i’m wearing a Card Captor Sakura cosplay costume. gah. but WHAT-E-V-E-R.

wearing it with normal-looking trousers makes me look a bit more sane, thankfully. 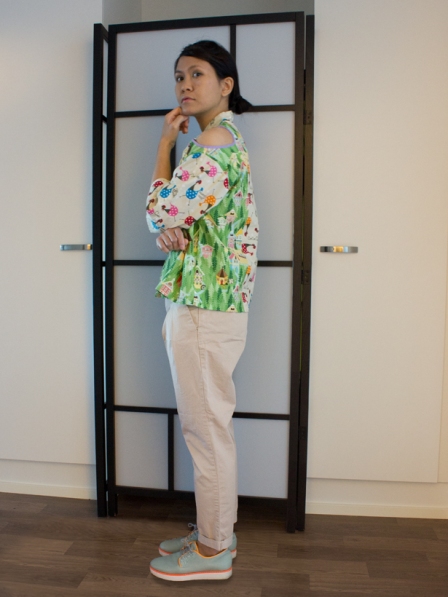 hmm. i shall try wearing it outside the house and see how many stares i get from people. that should be fun. 😉 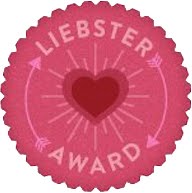